Innovatrics is the first recipient of the Félix business award for Successful Business Story. The awards jury has especially been impressed by the use of Slovak-made technology in over 70 global countries to simplify access to digital services.

The inaugural awards ceremony was held on the 20th of October at Bratislava’s Stará Tržnica, which was sponsored by Slovenská Sporiteľňa and INDEX. The main category included nominated companies that have deeply penetrated domestic and foreign markets, experienced rapid growth, or adopted a major innovation. As such, these companies have given inspiration to other entrepreneurs.

“From the outset, we have remained true to our objective of bringing biometric benefits to millions of people around the world. In fact, over a billion people have already used our technology,” said Innovatrics founder and CEO Ján Lunter Jr. He admitted to believing in the likelihood of his company winning the main prize on the eve of the awards ceremony. After such a long time, a friend from France (coincidentally named Felix), called him up from out of the blue. He sent him a photograph of the Štefánik statue in front of his French observatory. “Just like Štefánik, we believe in the positive power of innovation, are also more abroad than at home, and care most about Slovakia,” explained Ján.

About the Félix Prize

The prize is awarded by a jury comprising of independent figures selected by Slovenská sporiteľňa and INDEX magazine. They evaluate a company’s revenue as well as its activities. For example, the jury also includes representatives from the Stop Corruption Foundation (which focuses on monitoring suspicious relations between companies and the state), as well as FinStat (which collects and analyzes the economic data of Slovak companies). Find out more at https://www.cenafelix.sk/ 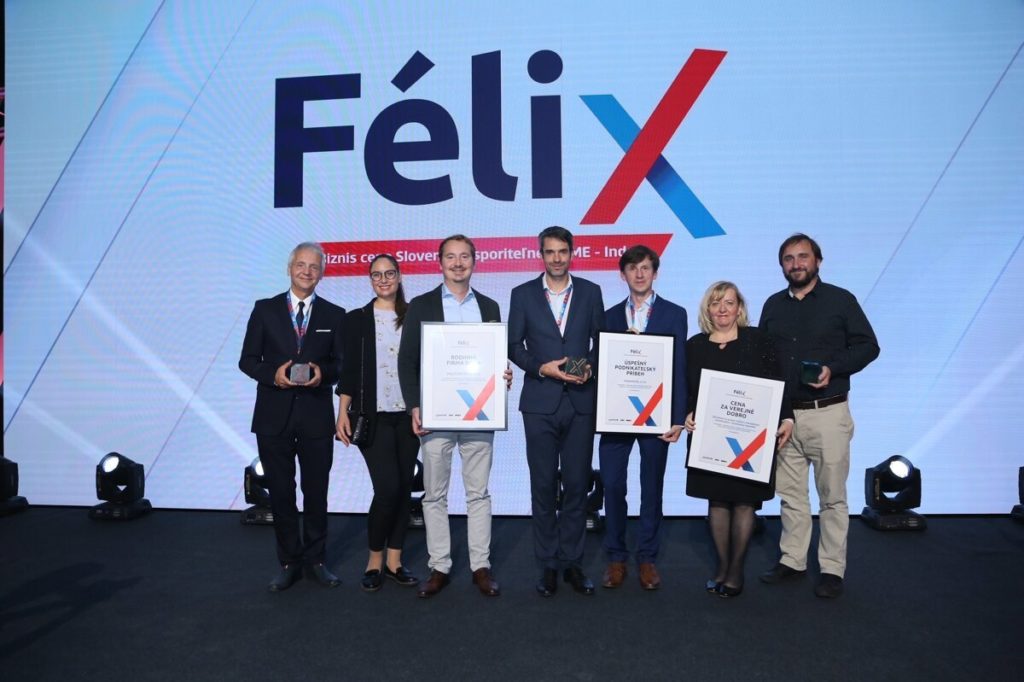 92% of customers positively evaluate our customer service. How can this service assist you?

Our clients have chosen us due to the high quality of our customer service. For us, it's a key satisfaction factor. The consequent attention we give it sets us apart from our competitors. Curious how it works? What other concerns can we help you with?